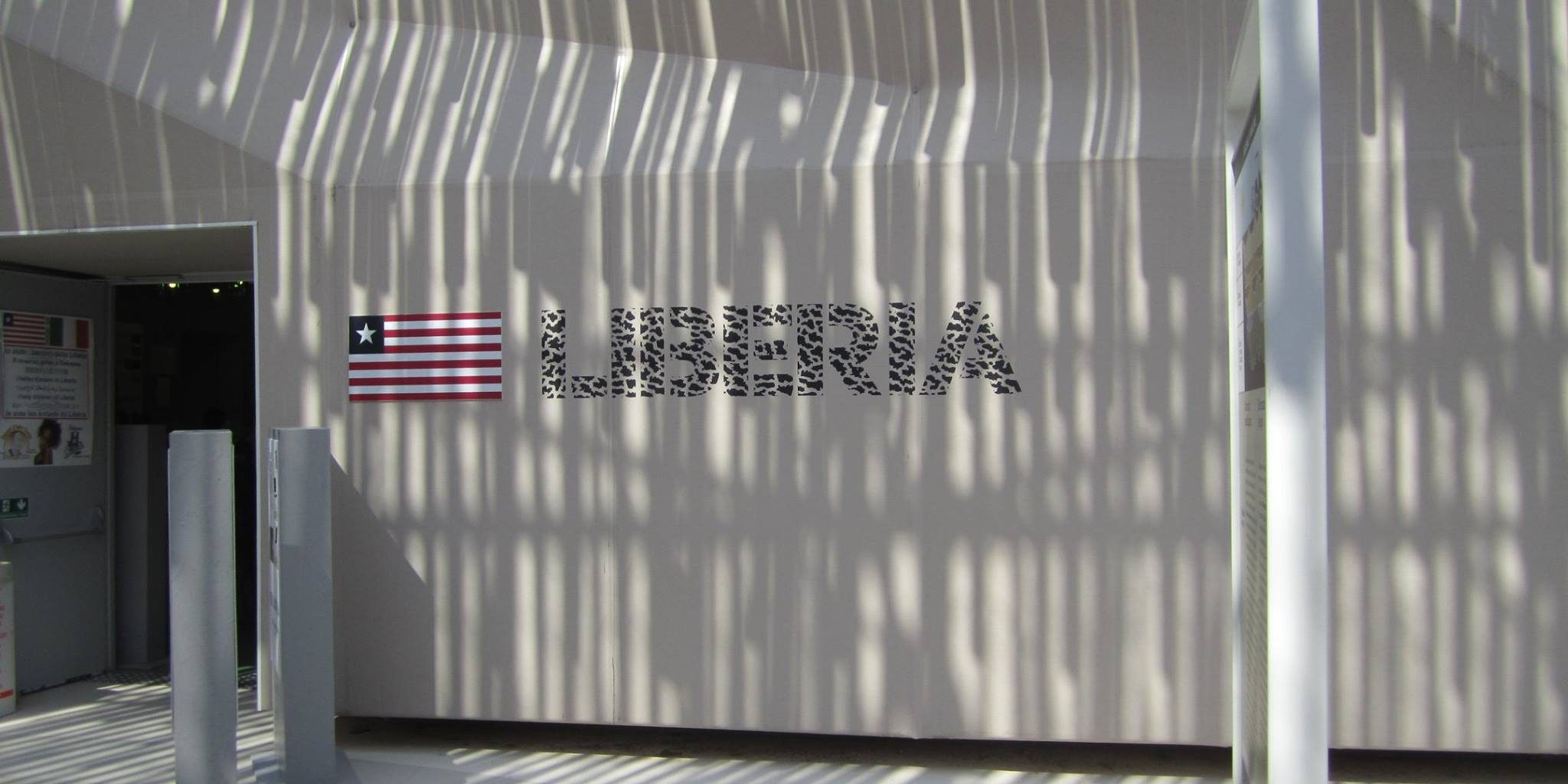 One of the trustees went to Milan Expo 2015. The Expo talks about the problems of nutrition and the resources of our planet.

There were many lavish pavilions built by the richer countries but the poorer ones were there too! Liberia was to be found in a cluster called arid zones with other countries.

Desert sandstorms, conjured up by lots of thin, translucent cylinders hanging from the ceiling, symbolise the harshness of life and daily challenges facing the people who live in arid areas.